What are the differences between OBS' 4 encoders?

I never used OBS before. I'm computer illiterate. I need OBS because I want to record Skype videos with my grandparents before they die.

I Googled this, but all the results were too complicated. I couldn't begin to unravel Comparison of x264, NVENC, Quicksync, VCE, x264 vs QSV or NVENC.

I'm so flummoxed that the Encoder raises too many questions to list out here: 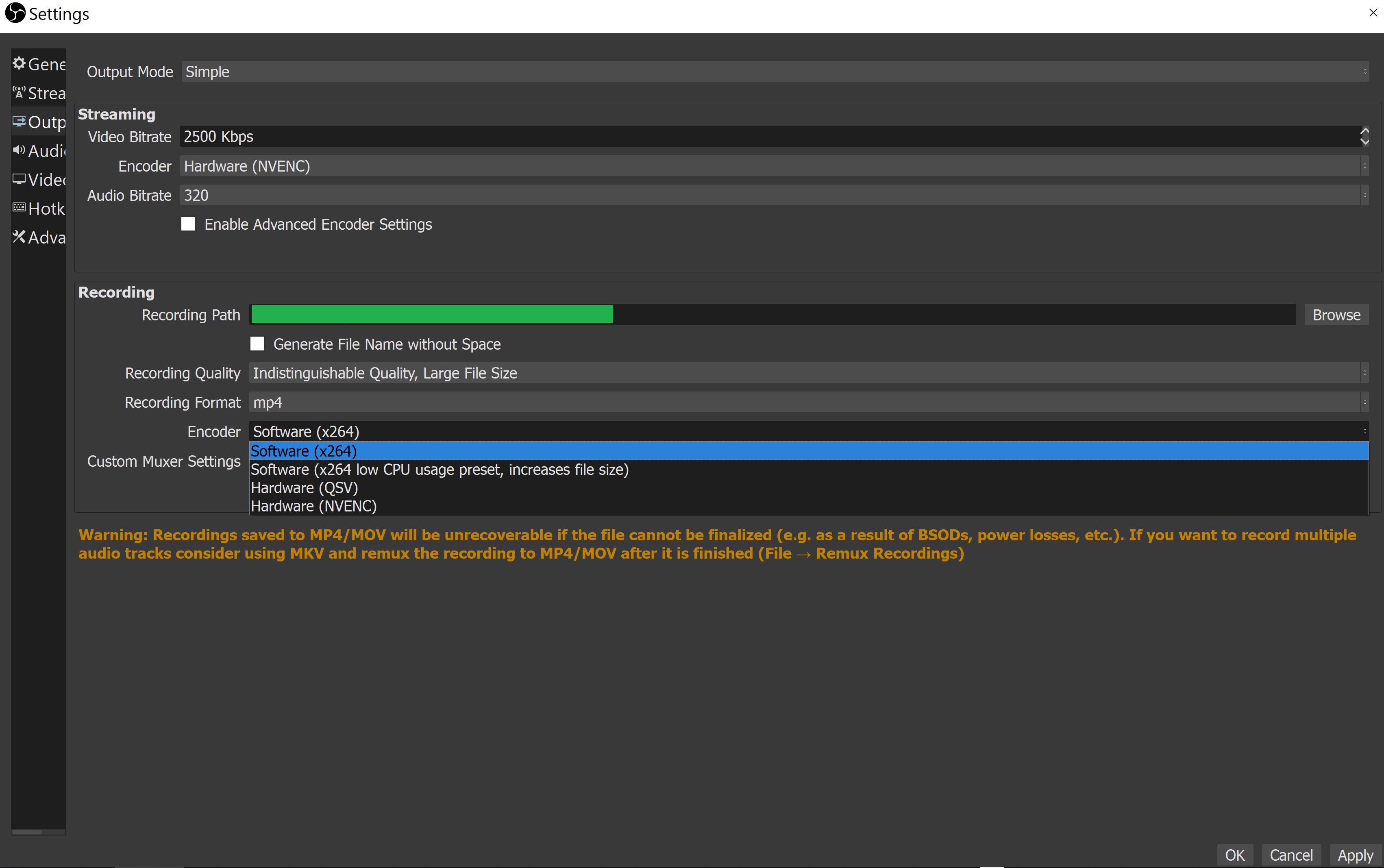 You make it sound like we're all just supposed to know what "OBS" is. That's not the best way to get help from volunteers. — Olin Lathrop‭ 26 days ago

Open Broadcast Studio is a program to allow live mixing of video and audio sources. One might use it to direct a digital broadcast of a play using several live camera feeds and sending the result to Youtube.

The default software encoding will work on most hardware.

The low-cpu software encoding will work on less-capable hardware, at the expense of generating larger output sizes (for the same quality).

The hardware (QSV) encoding requires your CPU to be one of a few kinds of Intel CPUs with support for this feature.

The hardware (NVENC) encoding requires you to have one of a few kinds of NVidia graphics cards with support for this feature.

There is a comparison here: