Why does my HTC Desire 610, running Android v4.4.2 and WiFi connected, falsely allege "your phone is up to date" and "no updates available"?

While cleaning my attic, I unerathed an HTC Desire 610 from 2014. I hope to use it as a backup phone. I can't afford to buy a new phone, as COVID unemployed me.

As at today, the Latest release is Android 11. So why's my HTC Desire 610 fibbing, and not updating to Android 11? I connected it successfully to WiFi, which I checked by accessing the Internet. 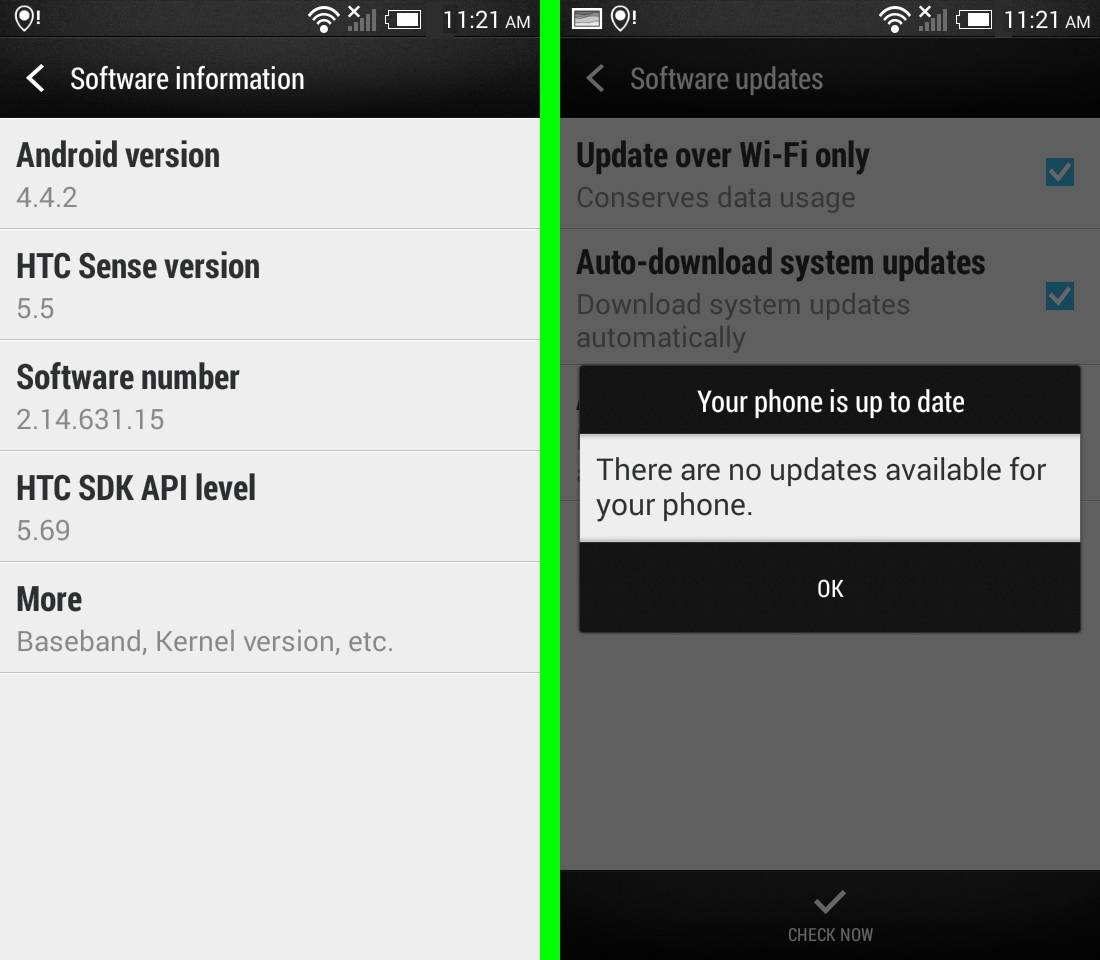 VLDR‭
5 reputation 55 0 -52 25
Permalink History
Why does this post require moderator attention?
You might want to add some details to your flag.
Why should this post be closed?

Your phone appears to be telling the truth in stating that there are no updates available for it.

Mapping that fact to a statement that "your phone is up to date" in the message title is perhaps unfortunate, but doesn't change the fact that no updates are available and that the phone is plainly telling you as much.

A quick web search for the make and model pointed me at Wikipedia, which in turn pointed me at the manufacturer's product page on their web site, where I quickly found a list of software versions used by their various phones. That, in turn, lists the HTC Desire 610 as "Latest Android OS" version "4.4", and "Latest ROM #" version "1.54.502.16". The Wikipedia page for the specific model also specifically mentions that it runs Android 4.4.2, which matches the OS version claim made by your phone.

While Wikipedia claims that Android 4.4 had a final release 4.4.4 in June 2014, the fact that a more recent Android 4.4.x was released by Google is no guarantee that HTC ever provided it as an update to your particular model. Such is life in the Android ecosystem, where Google provides updates but phone manufacturers are the ones to pass them along to their users. Also, even if updates are provided for a while, not only might a seven years old phone not have the hardware to run the newest version of Android acceptably well, it's also quite possible that the manufacturer isn't inclined to spend of their own money on giving you less reason to buy a new phone (ideally buying it from them, of course) by supporting such software upgrades for an extended period of time.

If you want to be sure to benefit from Google's updates without having to rely on another company to pass those updates along to you, then you need to, at a minimum, buy a Google-branded phone. Failing that, both between different manufacturers and within a single manufacturer's lineup, I would expect a high-end phone to be supported with software updates for longer than a mid-range or low-end model.

Canina‭
394 reputation 3 8 45 21
Permalink History
Why does this post require moderator attention?
You might want to add some details to your flag.

Google phones rant... (my apologies) (2 comments)
Sign up to answer this question »
Featured
Welcome to Tabletop Role-Playing Games!
Newsletter #8 (August 2021)
Hot Posts
Q&A — How can I command my Lenovo laptop to stop charging the battery at a maximum cap of my choice?