I tried 4 different sets of definitions below, but they're still too abstruse! English ISN'T my first language. You don't have to read any thing below this line...I'm just showing all my work like math in school!

What a load of CROP! | Acrobatix! 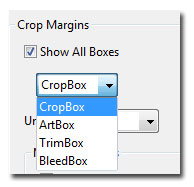 Hindrance — This doesn't distinguish between "crop", "trimming", and "clipping". 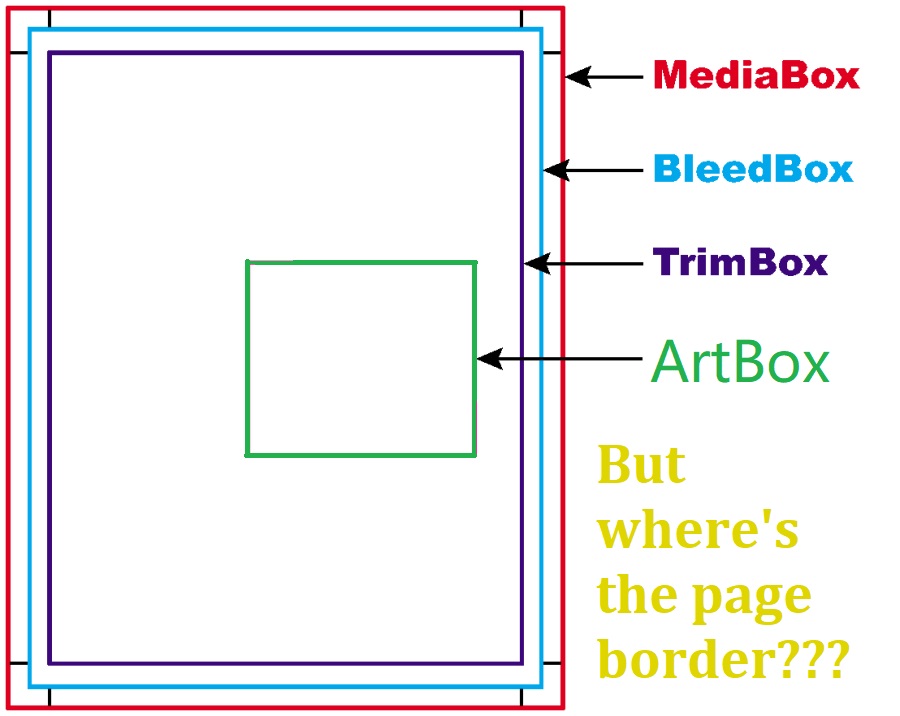 For example, for an advertisement, 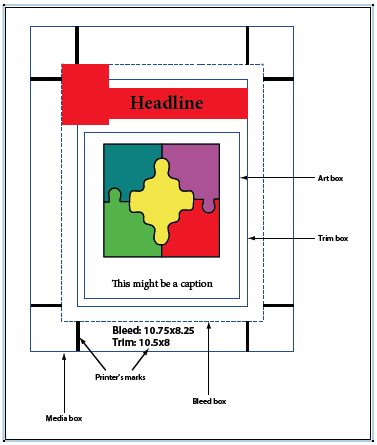 Doubtless, this diagram is stupidly colored. Why did they color the logo, but not the different Boxes? I color the borders differently.

Hindrance — Definitions in terms of Scribus wilders me, because I unfamiliar Scribus.

Hindrance — How does region that the PDF viewer application is expected to display or print vs. intended dimensions of the finished page vs. the region to which the page contents needs to be clipped when output in a production environment?

VLDR‭
46 reputation 71 0 -70 45
Permalink History
Why does this post require moderator attention?
You might want to add some details to your flag.
Why should this post be closed?

Say an artist designs a poster that includes an image of green grass running all the way to the left and right edges. On some prints of that poster, some of the details in the green grass are visible on the left edge, but other details near the right edge have been cut off. On other copies of "the same" poster, those details near the left edge have been cut off, but other details on the right edge are visible on the poster. This requires "extra" green ink ("bleed") outside the "nominal" cut line that is expected to be cut off and thrown away.

MediaBox: the size of the big piece of paper you expect to print on. The margins of the MediaBox (outside the Bleedbox) often contain printer's marks.

BleedBox: The area that includes all the areas that might end up on at least one copy of the final poster, taking into account the inevitable trimming misalignments. There's no point painting green grass outside this area. Typically a few millimeters larger in every direction than the Trimbox.

Trimbox: the "nominal" area that you intend to end up on the final smaller piece piece of paper, after cutting.

CropBox: not sure exactly what this is for; perhaps it's not that important?

ArtBox: The area that includes all the areas that will end up on every copy of the final poster, taking into account the inevitable trimming misalignments. Typically a few millimeters smaller in every direction than the Trimbox. (Also called the "safe area"). All text should be inside this area. Areas outside the ArtBox might be cut off on at least copy of the final physical poster.

When "printing" to a PDF file, some applications simply set all five boxes to exactly the same size.

DavidCary‭
21 reputation 0 1 2 0
Permalink History
Why does this post require moderator attention?
You might want to add some details to your flag.