Please explain like I'm 5, in SIMPLE English – all 9 methods below? Please compare and contrast 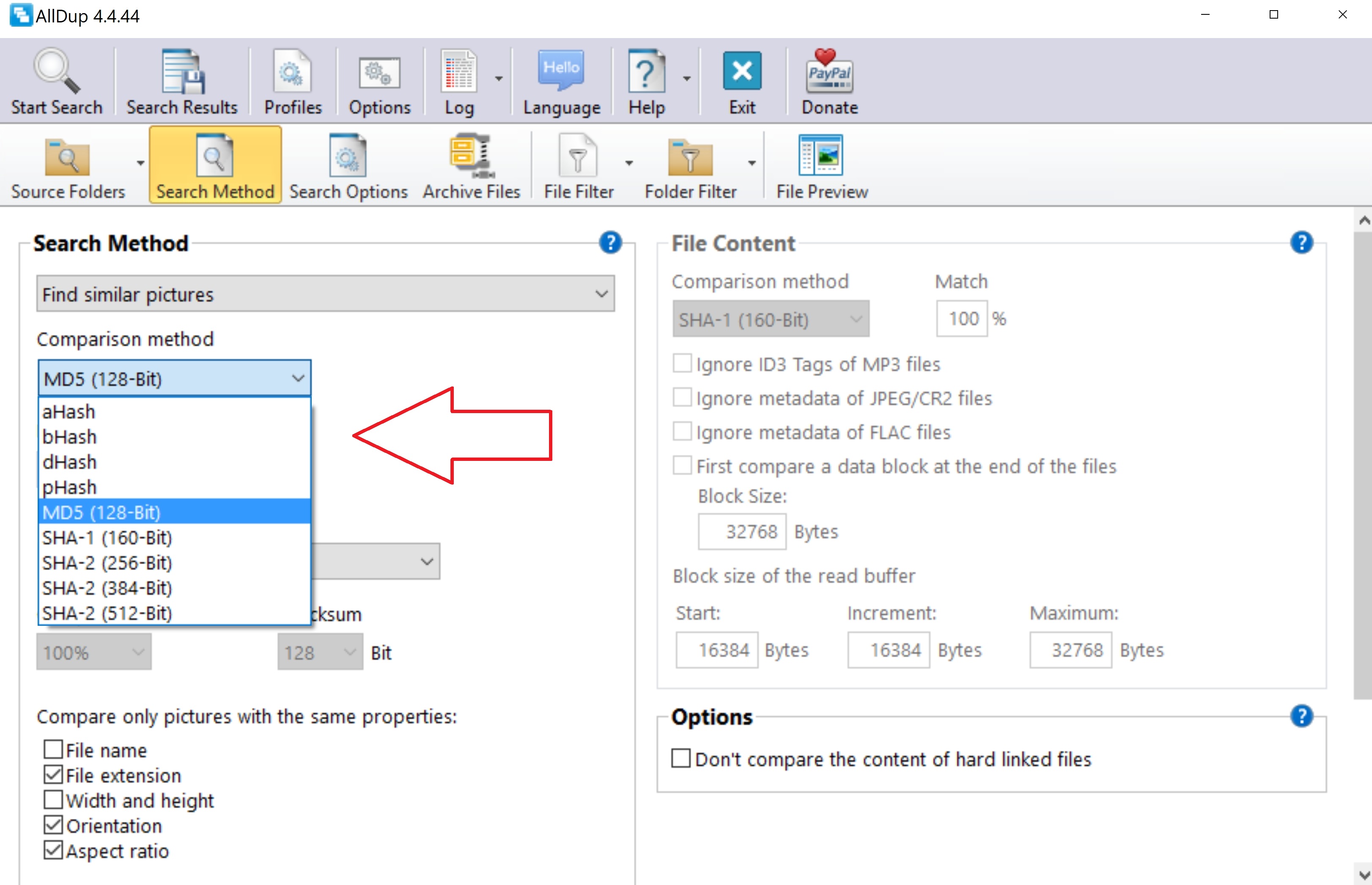 This answer might shed some light on the image hashing functions. — Alexei‭ 28 days ago

Did you check the help for whatever app this is? Did you Google even one of them? — Olin Lathrop‭ 26 days ago

Please explain like I'm 5. Does mommy know you're playing with the 'puter again? — Olin Lathrop‭ 26 days ago

A hash is a mathematical function that maps a large number to a much smaller number. Files can be considered numbers; graphics files are certainly amenable to that.

For example, an MD5 hash is always 128 bits long. You can feed any file to an MD5 hash generator, and the same file will always produce the same resulting hash. However, each hash could correspond to many different files.

If you are looking for duplicate files, you could construct a hash for each file and then only check the files which have the same hash.

All of the methods described in this program's interface are hash functions.

If you don't care particularly, MD5 tends to be pretty fast to generate.

If you have a preference for which kind of hash to generate, you can select it here. Most people won't have much preference.

There are situations in which the kind of hash makes a difference -- this does not appear to be one of them.

Thanks. Can you please clarify which are the best and worse "Comparison methods" here? — VLDR‭ 22 days ago